You cannot place a new order from your country. United States

Teevi is a long-time fan of KitchenAid, and in the spring, she also became the owner of  an Artisan Blender  Read how she has been using the blender in her home. 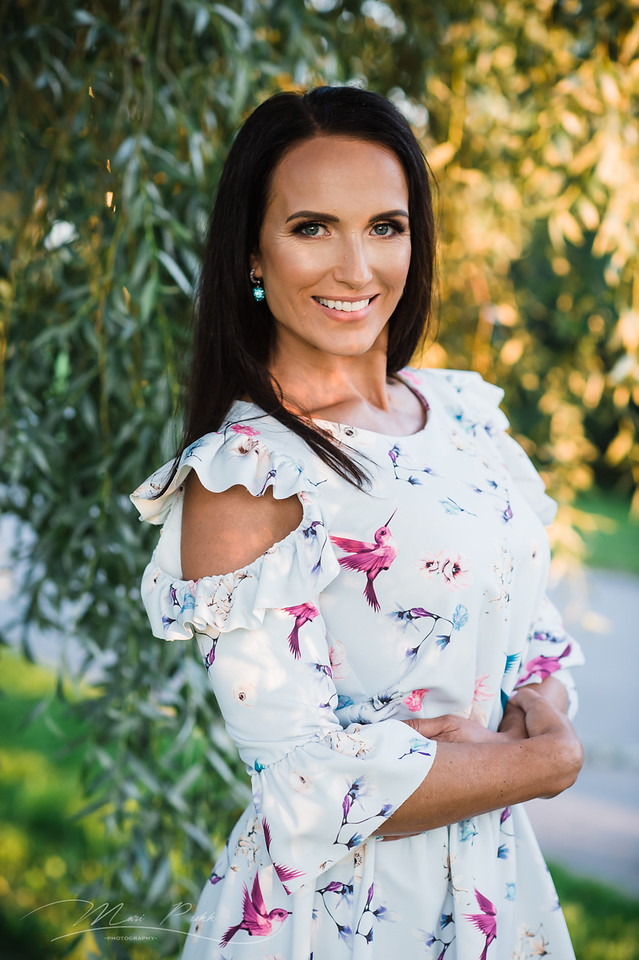 My first impression of the Kitchen Aid Artisan K400 blender was amazing - I would have never expected anything so powerful! As a big fan of peanut cream, the first thing I tried was to make peanut butter, and until the end, I couldn't believe that the nuts became a delicate cream so quickly and easily. An important tip to follow is to crush the nuts at low speed (speed 1), then the blades will hit them better, and the cream will form faster. At higher speeds, it simply scatters the nut crumbs along the walls. Another surprising moment when making peanut butter for me was that a large jug worked very well, even with a smaller amount, and turned about 200 g of nuts into a perfect cream. So I was very excited to make a variety of nut creams (such as a mixture of cashews, pistachios, and pecans) and other sweet spreads, such as Raffaello cream, which contains creamy roasted almonds, melted white chocolate, waffles, and coconut flakes. 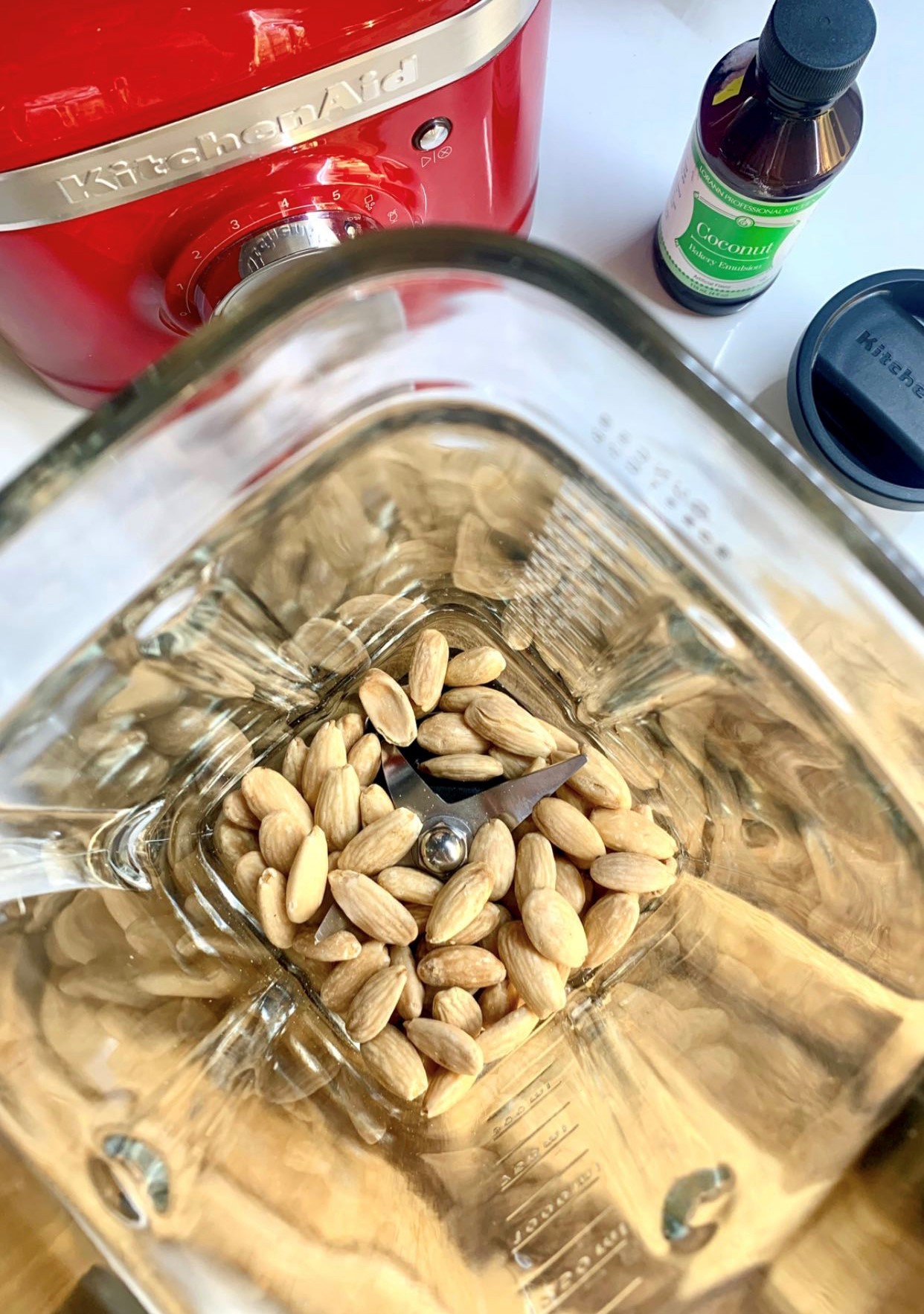 The blender's super bonus is a pre-set cleaning program that makes it easy to pick up larger nut residues around the blender blade; it's not as easy with a hand or sponge because the blades are very sharp! Therefore, extreme care should be taken when cleaning. Also, the rubber-tipped spatula was finally bitten when I tried to get the last crumbs of nut cream from around the blades.

It was more than clear to me that the K400 blender is very powerful and capable when I saw how it could crush nuts and process them into a cream! So there was no doubt that, for example, it is easy to make airy and creamy vegetable purees in it. In the vegetable puree, I used a large rutabaga, carrots, and only a few potatoes. NB! Be sure not to prepare mashed potatoes in a blender, and the  Artisan mixer is ideal for this.

In terms of user comfort, I must also mention that the jug is extremely easy to remove - just lift it down - you don't have to turn it anywhere or pull it out of the holder.

Hot soup can also be creamed nicely and quickly in the blender. The machine is so powerful that you don't have to keep the blender running for a long time, so there is no overheating of the engine, and there is a big time saving because, in the meantime, you don't have to cool the soup, puree and then reheat it. 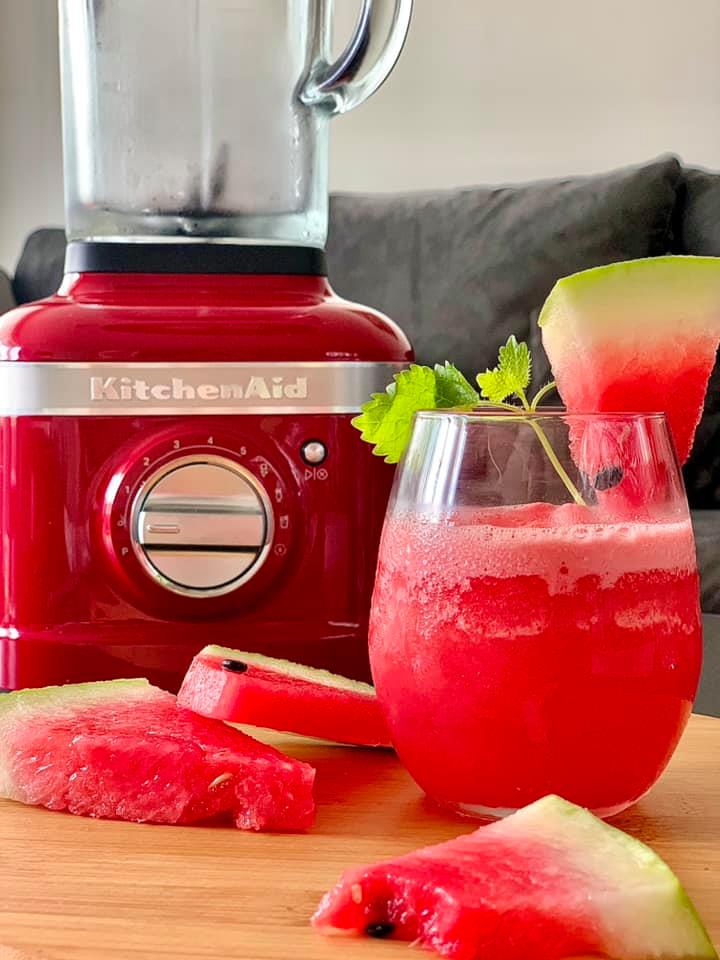 This year's tropical summer drink was a watermelon cocktail, easily prepared with watermelon, ice, carbonated mint water, and lime juice. Depending on the watermelon, a sweetener (some good syrup, honey, or sugar substitute) can be added to strengthen the taste. Since I like to eat, the plus of this cocktail is that you can also eat it with a spoon if you add less liquid because the crushed ice gives it texture. However, in hot weather, it melts quite quickly into a liquid, so rather make it initially thicker than a more liquid mixture.

The blender does a wonderful job of breaking the ice, for which the machine has a separate program for how it approaches ice breaking. Why not make yourself a nice iced coffee today? 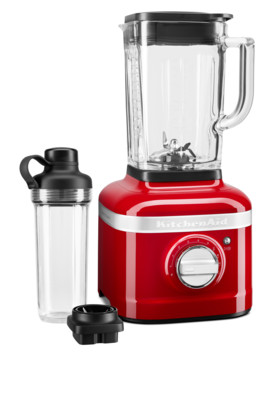 With the sports bottle included in the set, the smoothie is made in a few minutes. You put non-fat curd cream, frozen strawberries, and your favorite sweetener into your bottle, whip with a smoothie program for about 40 seconds, and you're done. Drink now, or take it with you! If you like a super-airy omelet, you can quickly prepare the omelet mixture in the bottle - egg white, whole egg, salt, and ice-cold water into the bottle, blend for a few seconds, and pour the mix directly into the pan. While the egg mixture is being prepared in the pan, you rinse the bottle, and you can start eating. 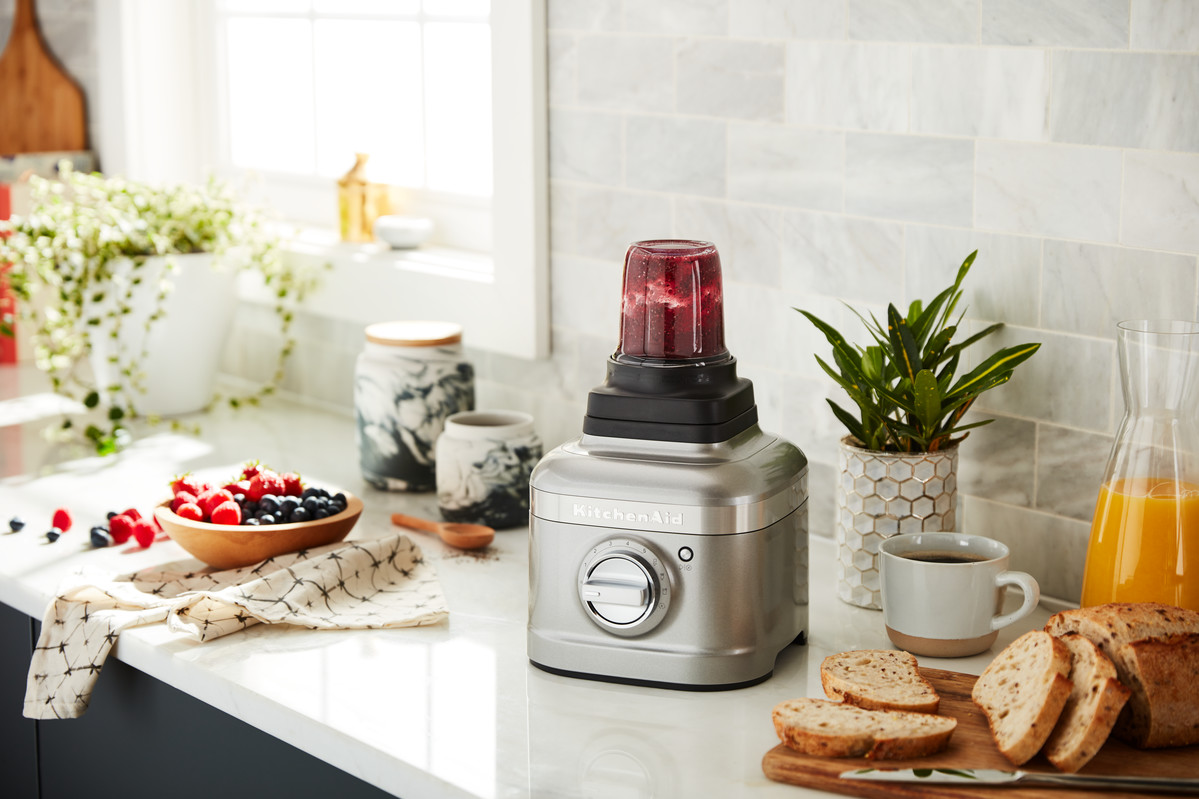 It is definitely worth stocking smaller cups, with which you can easily blend together some pesto (e.g., with feta cheese and sun-dried tomatoes) or a delicious salad dressing.